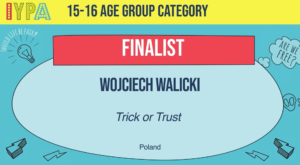 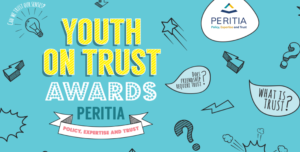 Earning someone’s trust is crucial in creating relationships. I think most people do not want to spend time with anyone they are uncertain of. That is why if you want to appear as a likable and trustworthy person you need to have some experience in human interactions. This is the reason why introverts can find it difficult to make new friends. Living in a isolated place or being homeschooled can have a profoundly negative impact on one’s social skills. They can feel shy or uncomfortable during conversations especially in large gatherings. Having friends during your upbringing can help you in adult life like in reading emotions and easily initiating small talk.

People often say that being trustworthy is solely determined by your actions but in reality someone can trust you just because you have known each other for a long time. Generally it is easier for kids to make friends and many factors contribute to that.

Mainly it is because of their naivety and still developing preferences. Later in life it often takes more time to meet new people and to start truly trusting them. For many less outgoing people
it is easier to make new friends in a workplace or at school. This is because at those places you generally do the same thing every day and out of boredom you start conversations with people that accompany you. This type of repetition can be amplified for use in slogans and quotes to make you believe them. It is one of the  five crucial brainwashing techniques extensively explored in Kathleen Taylor’s book named “Brainwashing: the science of thought control”. Those are: isolation, control, uncertainty,  repetition and emotion. This book mainly deals with the neurological side of persuasion and how some people are more prone to it. The author also describes brainwashing that has been used for a long time by the media, marketing and cult leaders.

Cults tend to be rather isolated communities so it is easier to apply more brainwashing techniques but for media and marketing you have limited options. In my opinion repetition is the most important aspect of a successful marketing campaign. If your advert has a catchy slogan and appears everywhere on the internet, on posters and billboards, success is pretty much guarantied. For example when CD Project Red studio announced the release of “Cyberpunk 2077” everyone knew about it and everyone was talking about it.
This ad campaign effectively made people from around the world excited for their product.

The media is a complicated sphere of information, entertainment, true news and fake news.  It has a lot of flaws but it is hard to keep up with current events without the internet or television. In today’s world the media also acts as a tool for forging public’s opinions. Politicians often try to intimidate their opponents by making news outlets present them in a negative way using old statements or manipulated evidence. Many famous people lost their show business career because of the “cancel culture” when someone dug up their secrets. So with the ever growing influence of  the internet new dangers may arise. Nowadays governments can punish certain groups by cutting off internet connection in their region like in the Bangladesh, the Democratic Republic of Congo, Egypt, India, Indonesia, Iran, Iraq, Sudan, Myanmar and Zimbabwe.

Because so many people use the internet on every day basis many companies and news outlets also moved there. Unfortunately it is harder to distinguish between facts and fiction because information can be shared by anyone. People with extreme political views can form groups and cause disruption, for example many conspiracy theorists. Celebrities far too often talk about topics they have no knowledge of which can be dangerous regarding medical advice. Sometimes even ordinary people become famous just because they started a internet trend or just because they openly expressed controversial opinions. The problem is that famous person’s opinions tend to be mixed with actual facts and that creates confusion. This is why
it is important to check source material when reading articles on the internet. For many people wearing a white coat on television instantly means that you are a doctor and your opinions are valid without a doubt. Many companies producing diet supplements use this as a advantage to promote their products. That is a big problem which we cannot really change. The only thing we can do in order to avoid this is to educate ourselves and try to limit our social media usage.

The most disturbing cases of brainwashing can be found in the stories told by cult defectors. Not all cults or sects are objectively evil, but throughout history there have been many examples of groups where leaders abuse their power and possibly exploit their believers. But how do such movements begin? To create a cult you cannot just beat some people into submission, you need a leader that everyone will trust and be willing to abandon their previous lives for. Such a person must be very charismatic and at least somewhat intelligent. You see, not every persuasive person has to have extensive knowledge on human psychology.
Some people are just born with a gift of charisma. Firstly they need to come up with an ideology that will make people want to follow it. It is easier to build your cause on an already existing religion or philosophy and gradually change it up to your desires. Then it is important to target the right kind of people. Religious people can be easy targets when your ideology is a variation of their belief. Studies show that people who grew up without a father figure are more susceptible to joining cults because having a leader may be appealing for them.
Also lonely people can be convinced with a sense of building community. Now if you want to yield power over your cult members, you must apply those brainwashing techniques previously mentioned. Isolation and control work together. In order to make your believers loyal, it is important to sever all ties with their lives outside of your cult. All the stimuli coming from the outside world may weaken their connection to you. So they need to have a new identity and rolethat allows them to focus on mundane matters. You can use uncertainty to target their former beliefs. If you manage to make them lose trust for the government, they will happily accept a sense of shelter provided by your cult. Most people do not have a strong foundation for their beliefs, they get taught them by their parents. It can be easily exploited to make them unsure just by questioning everything they say. Repetition is very important in getting your message through. Not only do you need to include your doctrine in every aspect of your believers lives but also you need to make them talk about it on every day basis. You can achieve this by creating discussion groups, cult literature and propaganda. Lastly there is inflicting strong emotions, which you need to include in the message of your ideology. It must to appeal to people’s visceral instincts and make them afraid of the outside world and that they cannot live without you.

Today there are estimated to be around 3000 cults in the United States alone.